In the period from June to August, within the project “Conservation of endemic, rare and endangered plant species of Mt. Orjen”, EnvPro conducted a series of field activities. The activities were aimed at monitoring the population of Orjen iris (Iris orjenii) and finding new populations of target endemic species (Edraianthus serpillyfolius, Dianthus knapii etc.), as well as collecting seeds of the Orjen iris. In addition, there was a meeting organized with the Agency for the Protection of Orjen with the purpose of presenting achieved results of the project.

The first of many field visits happened at the end of June and the beginning of July, with a team of ten young researchers, who are, in parallel with specialization on the topic of endemic plant species, hired through the project „Habitat and species mapping for the implementation of the Natura 2000 network in Montenegro” carried out by the Nature and Environment Protection Agency of Montenegro (NEPA). Although there were challenges during the research, such as terrain inaccessibility and minor injuries of the research team, we found populations of the Orjen iris, as well as species related to it, Iris pallidae and Iris bosniaca, and a new population of Edraianthus serpillyfolius.

The last field visit in this season was organized at the end of August, aimed at collecting seeds of Orjen iris. The period of seed dispersal was earlier this year, so two seeds were collected. At Velje leto, the visited site, the Orjen iris population was in a bad condition, due to the high pressure of competitive plants, among which species related to Iris orjenii, Iris bosniaca and Iris pallida, and because of flowers sterility. These field visits were led by biodiversity specialist Mihailo Jovićević, and the last visit was joined by a new colleague, young researcher Marija Popović, to whom we wish a warm welcome to our EnvPro team. To our great satisfaction, in the last field visit we also had assistance of Marijana Demajo, small grants coordinator in Critical ecosystem partnership fund (CEPF), the donor for this project. 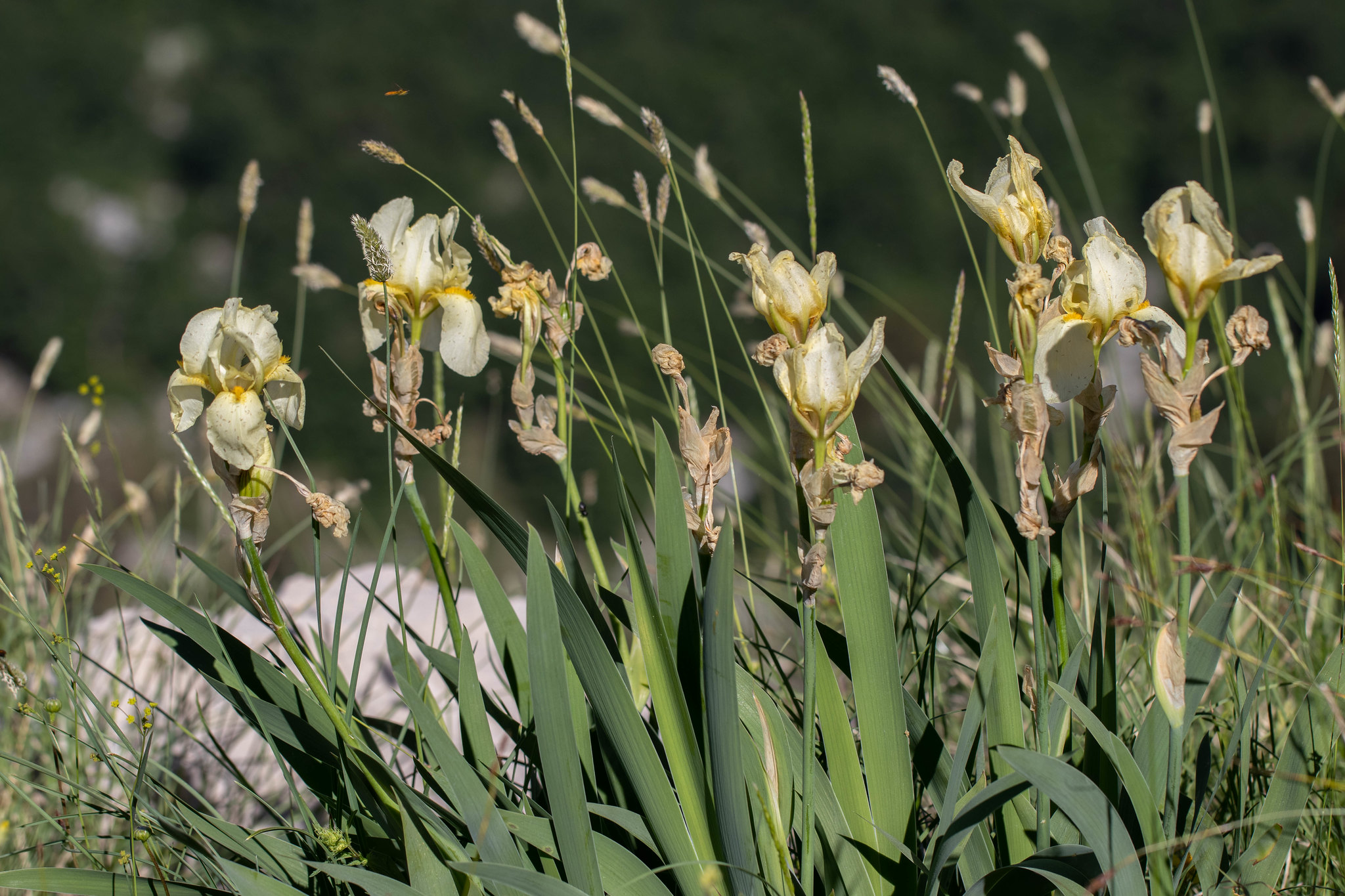