The secret life of Ćemovsko field

Do you know about the Eurasian stone-curlew? A rare pseudo steppe bird with a unique appearance that nests in Montenegro, besides on Ćemovsko field, only on the Ulcinj saltworks? Or for the crested lark, a common field bird? It resembles a sparrow in shape, but the colors, slightly elongated and curved beak and a tuft on the head make the distinction easy. Do you know anything about the red-backed shrike? A little robber among songbirds, also known as a “butcher bird” for killing its prey by stabbing it through thorns of bushes or through pointed branches?

These are just some of the species of Ćemovsko field, a small area rich in birds and other fauna and flora. Through the project “Ćemovsko field - a hotspot in front of our eyes”, we created an album with sticker photos that shows a part of the amazing biodiversity of this area. The album contains 59 stickers, a map of the research location, a poster of the Eurasian stone-curlew, a quiz, a ruler and a dictionary. We made the album with a lot of effort and love with the aim of inspiring children to gain knowledge and a desire to preserve their environment through fun. The beautiful photos in the album come from, in the first place, biodiversity expert and ornithologist Mihailo Jovićević, as well as from the photographer, hobby ornithologist and fan of Ćemovsko field, Budimir Rašović. 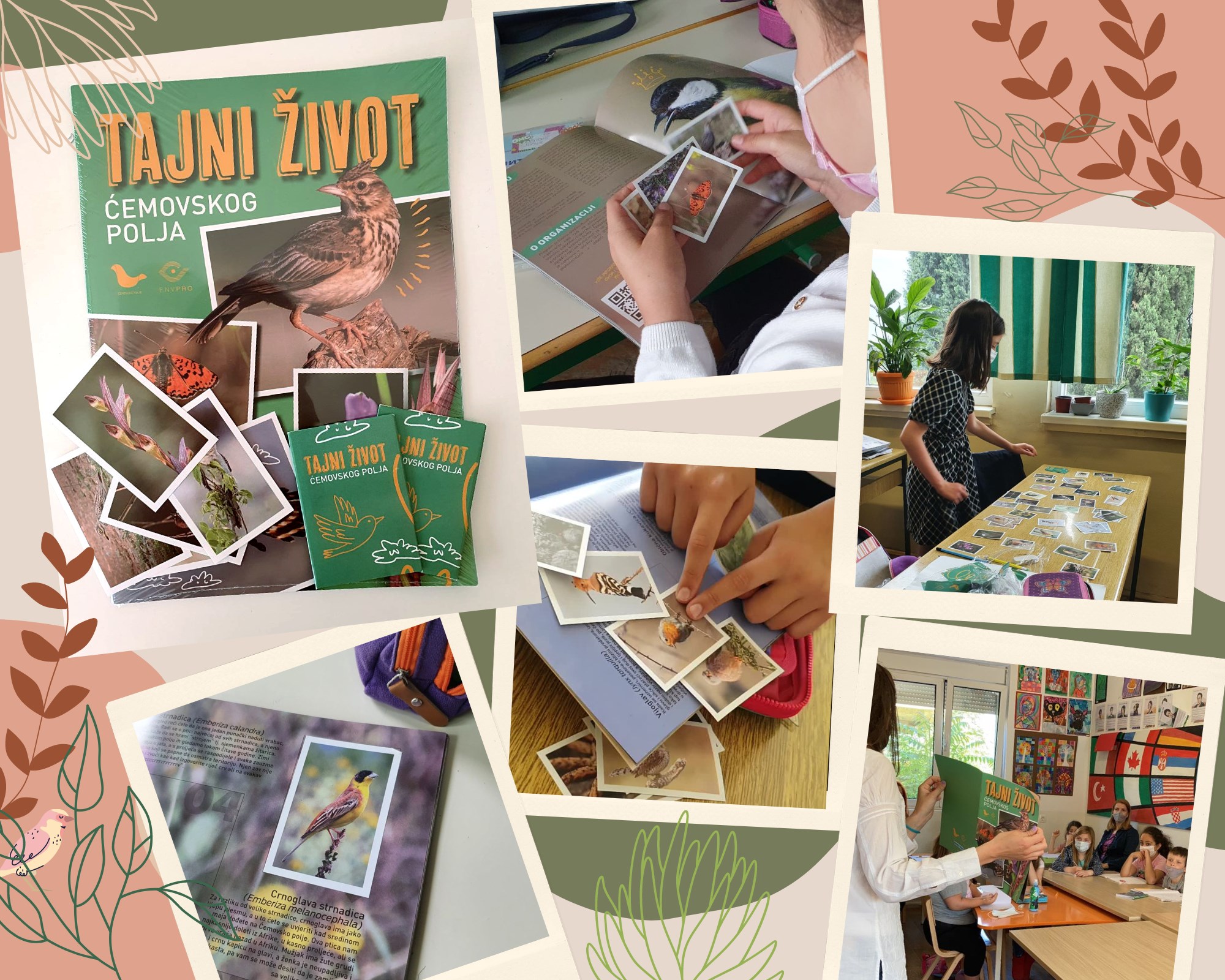 Thanks to the project donor, the Rufford Foundation, and our partner on producing the album, company Novi Volvox, we shared the album with 1000 fourth-graders in 8 primary schools! These are: PS “Oktoih”, PS “Marko Miljanov”, PS “Vlado Milić”, PS “Pavle Rovinski”, PS “Vuk Karadžić”, PS “29 Novembar”, PS “Dragiša Ivanović” and United kids international Montenegro (UKIM). We are proud of the reactions to the album that we received from children, parents and teachers, and one of our favorite examples of using the album are children’s drawings in art education classes, inspired by the species from the album: 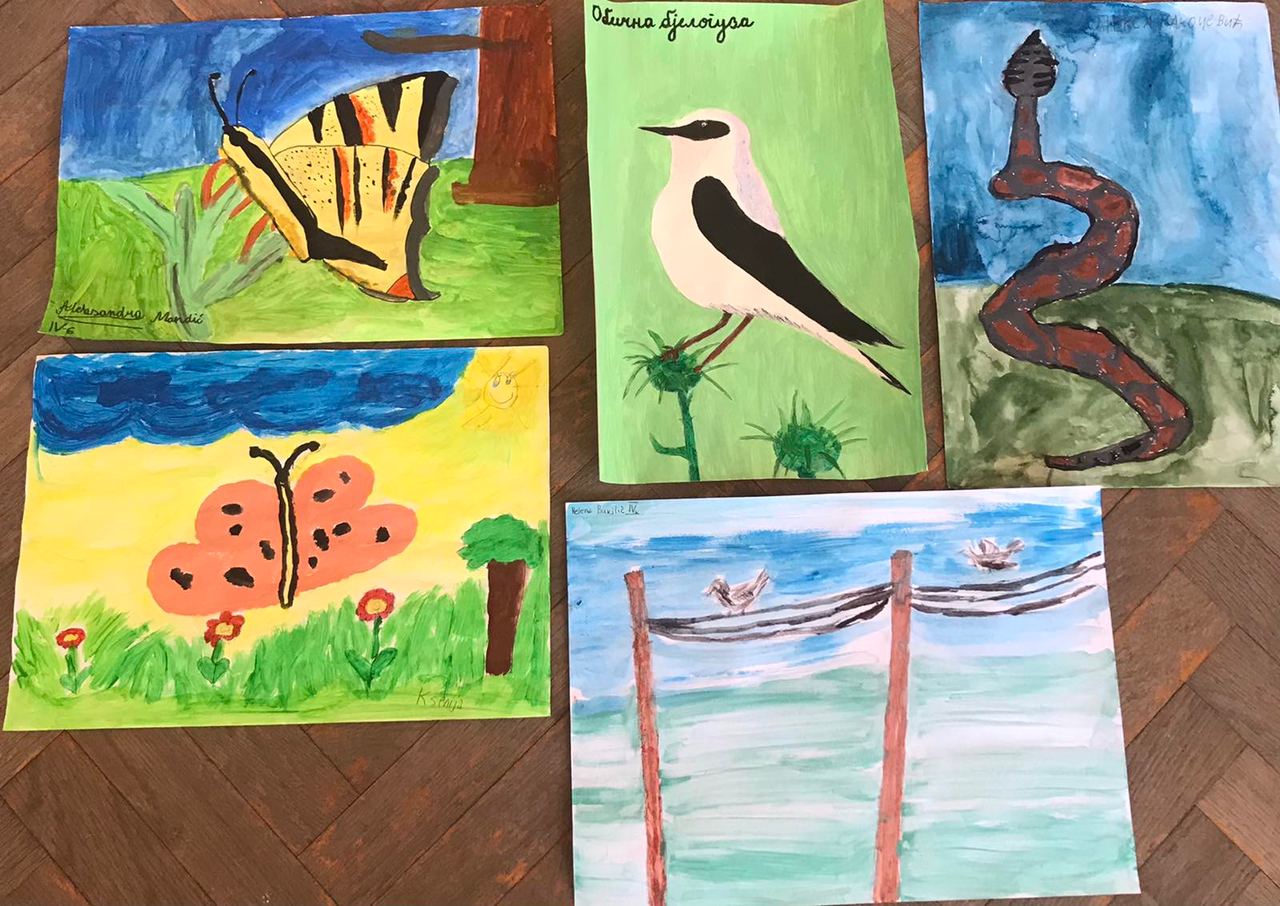 We focused on Ćemovsko field because of its biodiversity richness: it is a typical eastern Mediterranean dry grassland, a natural habitat that is endangered in the Mediterranean, with a very large diversity of plants - as many as 1153 species and subspecies, 34 of which are endemic to the Balkan peninsula. This habitat type has also been identified in the Natura 2000 EU ecological network[1]. Due to its ornithological richness, Ćemovsko field has been proposed as a Special Protection Area (SPA) in Montenegro, through the same ecological network, since 42 species nest or migrate on it.

[1]Natura 2000 is an international ecological network of protected areas in the territory of the European Union. It is the largest coordinated network of nature conservation areas in the world. This network of protected natural areas is the backbone of the EU’s policy for conservation of biological diversity, designed so that each member state has its share and guarantees that together with other countries it preserves and maintains the protected areas that it has nominated to the network. 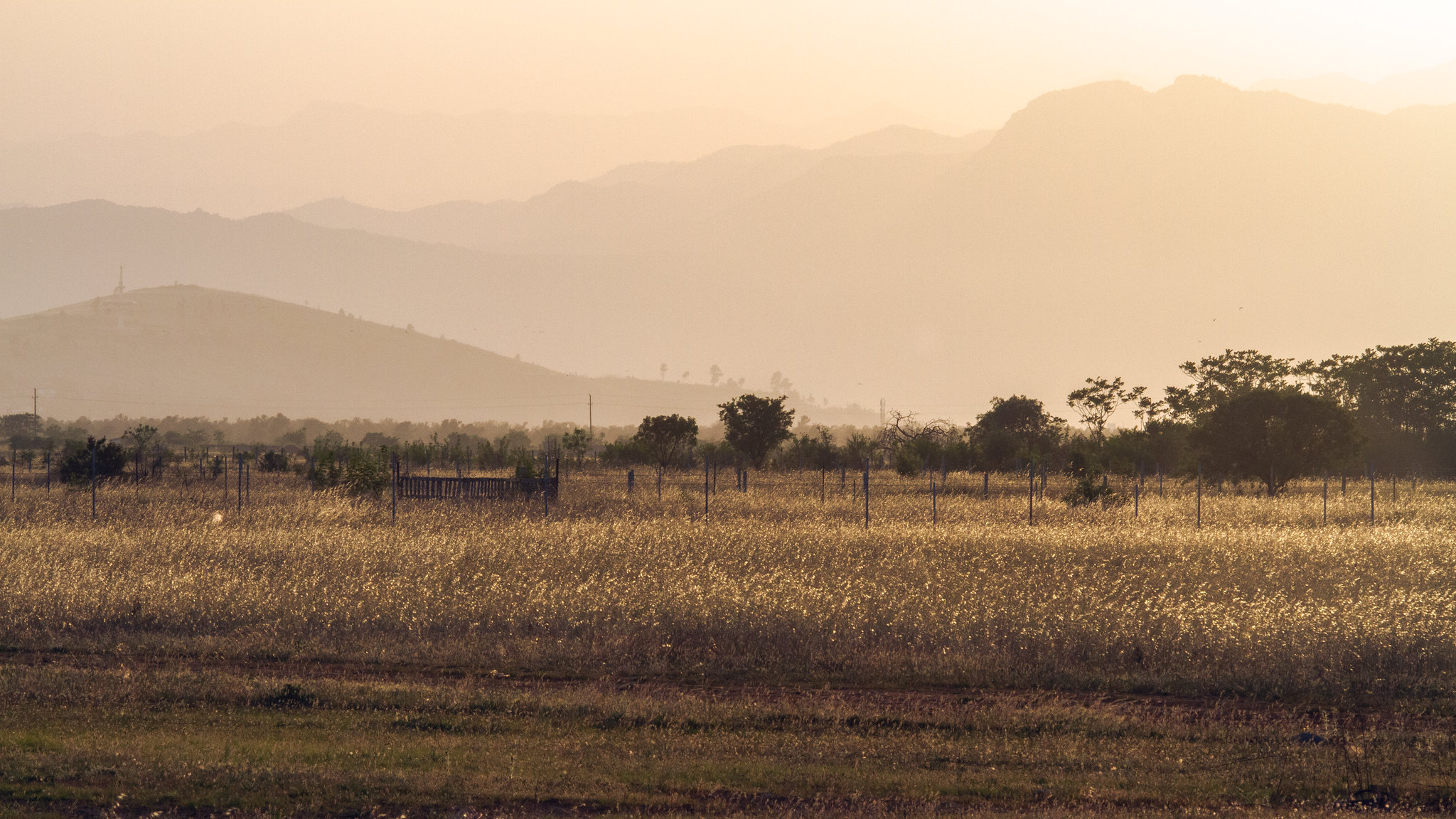 Ćemovsko field - a hotspot in front of our eyes
Browse project